- Stops and affricates are generally distinguished by voicing, however, in some dialects this distinction is realized through aspiration.
- Historic varieties of Mikyoan included /d͡z/ as an independent phoneme, however, this has been merged with /t͡s/ and /d͡ʑ/ in Modern Mikyoan. In Modern Mikyoan, [d͡z] is only allophonic.

Historically, Mikyoan had more than 7 base vowels. Middle Mikyoan had /i/, /ɯ/, /u/, /e/, /ø/, /o/, /ə/, /æ/, and /ä/. During the early 15th century, /ɯ/ and /u/ merged into [ɯ] in the Standard Dialect and into [u] in some other dialects, and /ø/ shifted to [i] in Mikyoan and to [e] in Yongnagumei during the later 16th century. /ə/ and /æ/ became Modern Mikyoan [ʌ] and [ɛ] respectively by the end of the 17th century, however, some dialects preserve /ə/ and /æ/. The historic diphthong /oi/ shifted to Modern Mikyoan [ɯj] during the 19th century, however, it is still preserved in some dialects such as the Gullu City Dialect 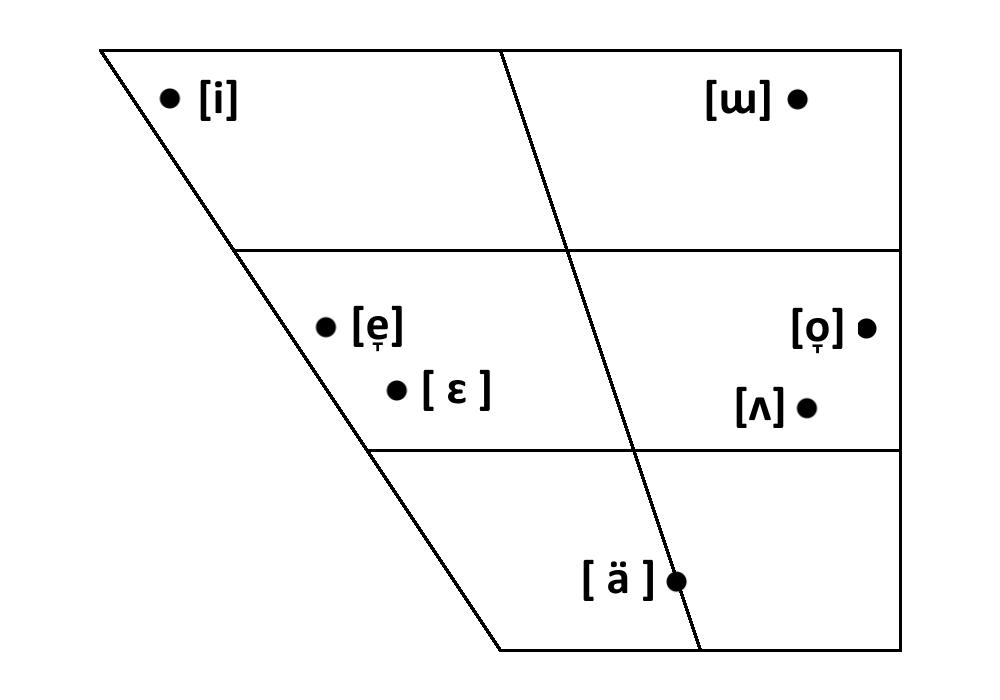 Generally, vowel length is not phonemic, however, in some dialects, vowel length occurs allophonically. For example, in the Gullu City Dialect, the consonants <ㄷ> and <ㅎ> are commonly omitted when spoken, merging some words which are distinguished through vowel length. One such example is the pair 마할 mahal ('my dear') and 말 mal (poorly, badly). Under the omission of <ㅎ>, the word 마할 shifts from [mahɐl] to [maɐl] to [mɐ:l], which contrasts it with 말, which is pronounced simply as [mɐl]. Similar distinctions exist in dialects which tend to delete intervocalic /x~h/ and /d/.

In some dialects in Yongnagumei, the diphthongs /wi, we, wɛ/ can be realized as [y, ø, œ]

Consonants at syllable and word boundaries undergo various forms of consonant assimilation, as shown in the following table:

Traditionally, Mikyoan adhered strictly to a vowel harmony system, which developed during Proto-Mikyoan. Today, the vowel harmony system is not commonly used and is only used in some dialects for conjugating and affixing verbs and occasionally with nouns, particularly in Western and Central Mikyoan Dialects.

Some words in the Gullu City Dialect which feature irregular stress include the following:

Mikyoan Dialects vary significantly in phonology and can be extremely divergent from the Standard Dialect. There are no clear lines between some dialects, however, generally, the dialects are divided into several main groups of dialects which have some similar qualities: