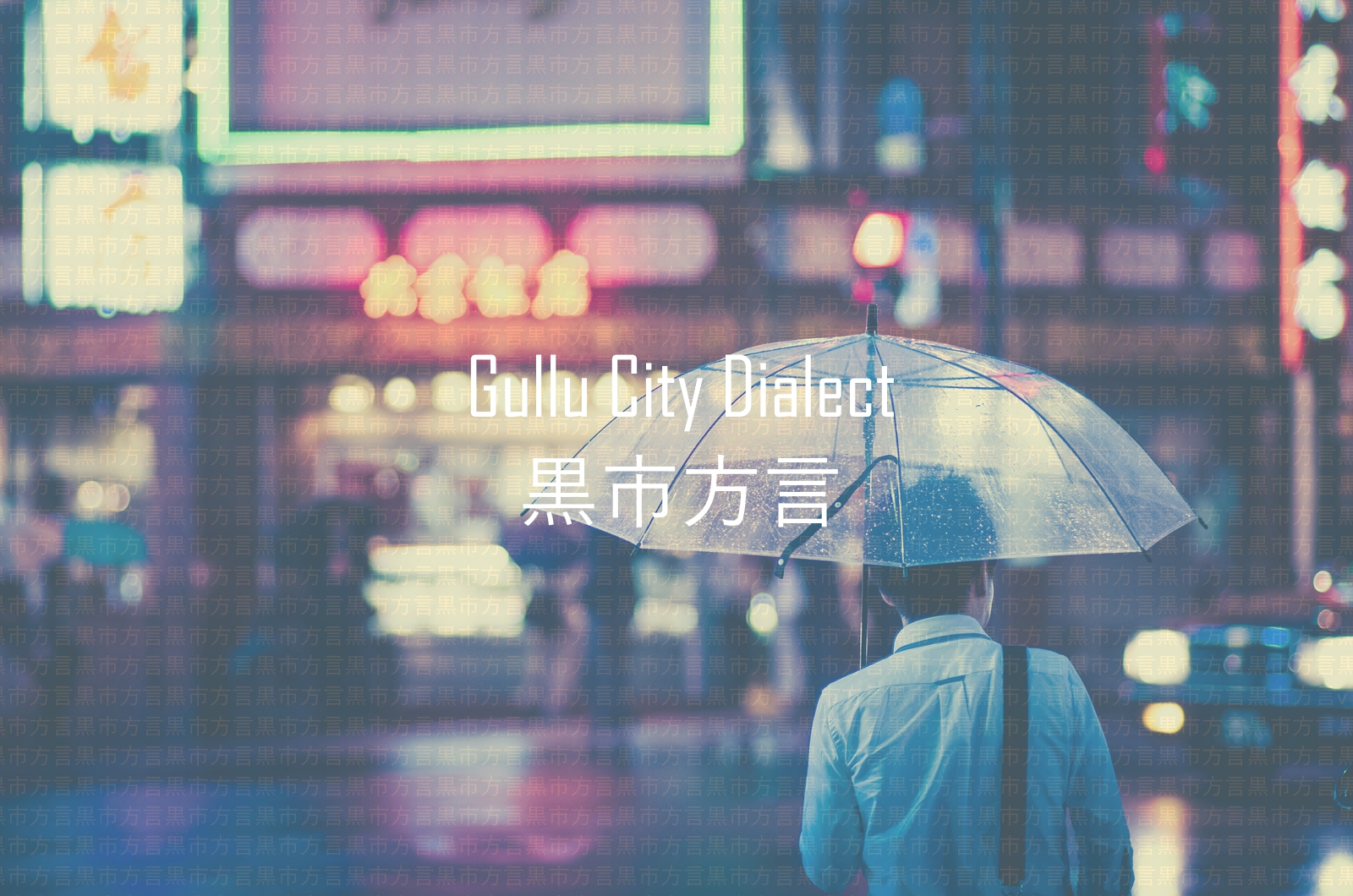 Gullu City Dialect's use is heavily concentrated in the Eastern and Southern coastal areas and South-Central communities of Gullu, particularly by communities of Lyko and African Mikyoans as well as low income Pacific Islander Mikyoans and Asian Mikyoans.

Gullu City Dialect is classified as a Central Mikyoan Dialect.

Stress and Intonation in Gullu City Dialect are extremely different from that of most other dialects, which tend to stress no syllables or simply the first syllable of a word, which contributes to the dialect’s perceived distinct sound.


Some words, particularly loanwords or words which undergo ‘h/ㅎ’ or ‘d/ㄷ’ dropping, will have irregular stress patterns.

Questions in Gullu City Dialect are distinguished on whether the question is polar or not, a feature which dates back to Medieval Mikyoan but has since been lost in Standard Mikyoan

The particle 나양 nayang is more commonly used colloquially to negate a verb, and is used before the verb it negates. 나양 nayang does not harmonize with vowels.


The use of 나양 nayang as a negation particle dates back to World War II and is characteristic of the Gullu City Dialect. 나양 nayang itself is a shortening of 나양얄루 (慎遣루) nayangyallu, which means 'to abstain from'. The Hangji '慎' for '나양' is seldom used today. The particle 나양 nayang is sometimes used in parts of Gohama and Taketomei.

Among speakers who live in areas which are predominantly Lyko-Mikyoan, and among speakers who are recent immigrants from Lyko-America, the word 노 no (from Spanish no) is used in place of 나양 nayang.

Similar to other Central Mikyoan Dialects, the imperative is seldom used in Gullu Dialect. More common is that a request or suggestion takes the form of a passive verb in the future tense, in order to convey a less direct meaning.


This form tends to be less productive in more casual speech, where the regular imperative form is more often used in place of the passive voice in commands and suggestions, however, in more formal interactions it is still common. This form is not specific to Gullu City Dialect, as it is also commonplace in all Central Mikyoan Dialects (those of Gullu, Taketomei, Gohama, and Allagusugu), but it is most commonly associated with the Gullu City Dialect due to its usage in Mikyoan television and comics.

델루 deullu (conjugated as '데' de, '다' da, or '디' di), used in Standard Mikyoan, is not commonly used in Gullu City Dialect. Instead, the verb '욜' yol (conjugated as '요' yo) is far more common, which is likely descended from Medieval Mikyoan '요뢸' (立뢸) yorör */ʝoɾør/ meaning 'to stand' (立쑬 tatsul in Modern Mikyoan). This form is occasionally used in Allagusugu as well, however, it is far less common among younger speakers and by L2 speakers in Allagusugu.

Due to a long history of immigration from Lyko-America and the Philippines, many Spanish loanwords have made their way into the Gullu City Dialect. Many of these words are shared with Mikyoan Spanish. Some loanwords undergo shifts in meaning, however, most retain their original meaning:

The use of Gullu City Dialect was historically stigmatized due to its association with Gullu City gang culture (in particular the various gangs which emerged after the Yakuza's Mikyoan Branch, the Yaguja, was dissolved), the working class (especially working-class immigrants), Japanese Imperialism (due to heavy Japanese influence in vocabulary), and gambling and prostitution (due to Gullu's many motels, casinos, and brothels, particularly during the Yobosu Era and World War II). During the 1980s and 1990s, however, the stigma around the Gullu City Dialect began to reverse, and it suddenly became more common with younger people, especially young people who lived in other counties, as a way to sound 'cool' and 'hard', due to the exact reasons it was stigmatized in the first place. The 1980s and 1990s, in general, saw an increase in interest in gang culture among Mikyoan youth, which included the increase in usage of the Gullu City Dialect.

Today, Gullu City Dialect is still used by many gangs and is often used in dramas and television set in the Yobosu Era to suggest a character is a member in a gang or participates in other forms of organized crime. The usage of Gullu City Dialect is increasingly common in Mikyoan television, due to its increasing association with being 'cool' and 'modern' in Mikyo. Most younger Mikyoans know some of the dialect, even if they live in other counties, due to repeated exposure in media. By outside speakers, it is commonly used comedically or provocatively online, similar to AAVE in English settings online.

Among older Mikyoans, especially those who grew up during the Yobosu Era, the prevailing view of Gullu City Dialect is not particularly positive. Most older Mikyoans view the dialect as sounding vulgar, uneducated, and provocative due to its historic associations which continue to live on in older generations. Even within Gullu, older residents tend to be less positive to the Gullu City Dialect, instead preferring to speak in a more neutral Gullu Dialect, which tends to be more conservative. The more neutral Gullu Dialect is used mainly by older speakers, however, and it is declining in use, with the Gullu City Dialect being used instead, due to the eroding social stigma around it.

Carribean Influenced Gullu City Dialect is increasingly common in Gullu, as around 7% of the county's population is comprised of immigrants from the Carribean. The most common groups are Venezuelans and Cubans, however some Dominicans and Puerto Ricans live in Gullu as well. The features most characteristic of Carribean Influenced Gullu City Dialect are the shift of ㄳ, ks (ex. 엓폳 ekspot, export) and ㄱㅅ, ks (ex. 악센토 aksento, accento) to ㅅㅅ, ss (엓폳 ekspot [ˈésspʊt̚], 악센토 aksento [ɐsˈsə́nto]), deletion of final <ㄷ> /d/ (ex. 초콜렏 chokollet [t͡ɕoˈkʊ́l:e]), as well as the assimilation of coda <ㄹ> /l/ into the following consonant in clusters (ex. 톨붓 tolbus [tʊb:ɯ̽h]).

Some other features which can be found in Carribean Influenced Gullu City Dialect are the shift of final <ㄹ> /l/ to [j] (ex. 燃얄 /mojal/ [ˈmójɐj] 'to burn'), which for some speakers is also expanded to final <ㄴ> /n/, which shifts to [ɲ] (ex. 하몬 /hamon/ [haˈmʊ́ɲ] 'ham'), as well as the retraction of <ㄹ> /ɹ/ to [ʀ] for some speakers, particularly those who are recent immigrants from the Dominican Republic (ex. 아메리카 /ameɹika/ [ameˈʀíka] 'America'). Speakers of Carribean Influenced Gullu City Dialect also tend to shift alveolar sounds to their dental equivalents (t d s z t͡s → t̪ d̪ s̪ z̪ t̪͡s̪).

Some speakers of Carribean Influenced Gullu City Dialect will use the word 데 'de' (from Spanish de) for expressing possession, as opposed to the Standard Mikyoan particle ~반 'ban' (ex. 方데犬요 mei de ingnu yo, 'it is her dog') as well as using 콘 'kon' (from Spanish con) for expressing the meaning of an instrumental, as opposed to the Standard Mikyoan particle ~루 (ex. 나이후콘切루양 naifu kon gilluyang, 'she is cutting with a knife')